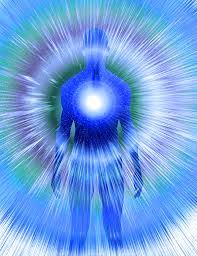 45: Thus it is written, The first man Adam became a living being (an individual personality); the last Adam (Christ) became a life-giving Spirit [restoring the dead to life]. Amplified version.

Only two people were made without natural process, their existence didn’t follow biological process, they weren’t reproduced but uniquely made. They were made to reproduce men after their likeness: Adam and Jesus.

Cain and Abel were products of the tree of the knowledge of good and evil, Abel was good while Cain was evil. Cain wouldn’t have had knowledge of evil if his father had not eaten the fruit. The evil nature in man emanated from there, it’s called the ADAMIC NATURE, we all inherited it at birth, how do I know? Psalm 51:5 Behold, I was shapen in iniquity; and in sin did my mother conceive me.

The events in Eden is a major diversion in the plan of God for humanity. The whole human race lost the image and likeness of God in which he made our first parents; Adam and Eve, and just as human beings can’t relate with animals because we are not of the same nature likewise God’s can’t relate with man in his new nature and that’s the reason Adam and Eve were sent out of Eden.

It is expedient for Jesus to come and the coming must be in the manner Adam was made; that’s divinity plus humanity, virgin Mary (human) possessed by the Holy Spirit (divinity). So he, Jesus, can restore us back to the nature we lost in Adam.

Look at our text again 1 Corinthians 15:45: Thus it is written, The first man Adam became a living being (an individual personality); the last Adam (Christ) became a life-giving Spirit [restoring the dead to life]. Amplified version.

The whole human race was dead to divine nature in Adam, but raised to life in Jesus and so Jesus became a life-giving Spirit. He died to raise us up from death so that he can restore us back to the divine nature that was lost in Adam.

Let me show two more scriptures to buttress this:
2 Peter 1:4 By means of these He has bestowed on us His precious and exceedingly great promises, so that through them you may escape [by flight] from the moral decay (rottenness and corruption) that is in the world because of covetousness (lust and greed), and become sharers (partakers) of the divine nature. Amplified version.

His birth has to be divinity plus humanity so that he can restore human beings to divine nature. Look at this: Romans 8:11The Spirit of God, who raised Jesus from the dead, lives in you. And just as God raised Christ Jesus from the dead, he will give life to your mortal bodies by this same Spirit living within you.

Divine nature is the opposite of Adamic nature, it is the nature of God, the nature that detest sin. Release yourself to the Holy Spirit to possess you and give you divine nature. God bless you.

PRAYER.
* Lord, possess me by your spirit and give divine nature in Jesus name.

And if you miss any Prevailing Voice Daily check it on
https://www.prevailingfamily.com

Have you read pvd today?